I never intended to write about my Narcissist ex, I, on this blog. But I wrote about realising my relationship was a lie, and about dealing with a narcissist, and the majority of my blog views are currently coming to those posts. There’s clearly a need for more of us to share our stories, I personally get a lot of comfort from sharing, like I do from reading others’ experiences and realising I’m not alone, and so I’m sharing more. I am considering moving these to another blog, making it mental health/trauma/abusive relationship/narcissist themed, and keeping Inside Laura’s Head as the Travel Blog it officially is-I will have a think about that one.

Looking back, from the very beginning with I, there were many red flags I wish I’d seen at the time. Sharing these can only help, both in reinforcing things in my own head and showing others that, actually, this sort of behaviour is not normal, so they can, hopefully, run far away from the Narcissist before they get sucked in.

I can’t remember exactly where we were when he told me this, but it was incredibly early on. ‘I have a test for new girls I’m involved with’ he announced. I asked what test. He told me I’d passed two out of three so far, that for one of them he goes out to the pub with them, says he’s forgotten his wallet and sees if they offer to pay. HA! I paid for 99% of everything our entire relationship, in fact on our first weekend together I leant him money, which he spent on cigarettes, a mothers day card for his ex he was still trying to get back, and ‘I want to buy you a drink, Lau’. Nevermind that I bought my own drink, as it was my money… Part two of the test I can’t even remember but it was equally ridiculous. Part three was ‘and would you marry me tomorrow?’ I said no, I wouldn’t marry him tomorrow, not until he had repaired his relationship with both his daughters as I wouldn’t want them to be hurt by not being invited to our wedding. MAJOR sulk from him when I said that. Wrong answer, Laura.

A couple of times, in the very beginning, he used how caring I am to lure me in, giving me a big long lecture about how he would be nothing without me, I am the only one who has ever helped him, I saved him, I’ve kept him alive, and his mother (who had passed away a few year ago) would love me. Now I know his ex, I realise he told her this same story, and I know he’s said the same thing to the new supply. I still have the suicide note he sent to me once when he was drawing me back in with threats of ending his life, talking about how much I’ve done for him, how he will always love me, yada yada. It’s ultra manipulative, and designed to make you think you can’t leave them, because they’ll end their lives. And it worked, for a good year, on me.

‘My ex is so awful, she won’t let me see my children’

Sometimes, when every one of a person’s exes are the worst person in the world, when they are not allowed to see either of their two children (who have different Mum’s, so TWO terrible unreasonably women) maybe, just maybe, the problem is the person, not their exes. Both women in question, I now know, have always done their best for their daughters, who don’t want to see him anyway, as it turns out. But it’s not been safe for them for a long time, and I’m glad he chose strong women to have children with, because it’s helped to protect them both.

No one, no one would do this. No one with any sense would pay 100% of their wage to someone else, voluntarily, and then sleep in the woods (when they couldn’t go home with a random from the pub) and when they’d exhausted the patience of any family and friends they’d screwed over. He didn’t give a penny for his children, and everything went up his nose, but my wage covered his homeless hostel bills, and I worried myself sick about how I was going to make sure he kept a roof over his head.

‘I’ve never told anyone this before, not even my ex who I was with for 9 years’

Our first date, he told me all about the awful things he had experienced in Afghanistan (or Iraq, I can never remember which he said first, because he changed his mind each time he spoke to me) He spilled his guts about it, got quite emotional, and said he hadn’t been able to tell his ex about it. He hadn’t been able to tell her because she’d known his parents, and knew he didn’t pass basic training, let alone spend any time in Afghanistan, Iraq, or anyone else. Succeeded in making me feel really special though, drawing me in further.

This post has ended up being longer than I planned, because writing these is a form of therapy for me I guess. I love how many of you are reading these and commenting your own experiences, and I am always happy for those of you who email me your stories to do so. I write this for myself, but I also write this for you, so please feel free to engage with this if it helps you. 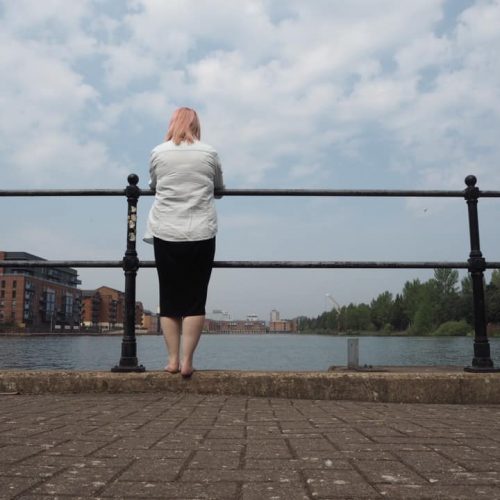 Realising You’re Dealing With A Narcissist

Realising Your Relationship Was A Lie

What Happens When You Go For A Smear Test?