At the beginning of September I went up to Glasgow for the weekend to hang out with Fiona and to explore the city. I’d technically never been to Scotland (I had once, with work-I saw two workplaces, a house and my hotel-so I’m not counting it!) and as I’m working on 40 before 40, I wanted to tick another country off. Glasgow meant a tick next to Scotland and so fit the bill nicely. The only thing I remembered was that the drive was gorgeous, and that’s it-so I’ve been looking forward to sharing my first impressions of Glasgow with you guys.

The city is HUGE

I think because I’m used to Leeds Glasgow felt much bigger to me. I could have done with another day or two to explore properly, I think. I didn’t get to see all of the street art, for example, because some bits of it are a fair bit away from the main part of the city-and then there’s different subhurbs too.

Glasgow is FULL of street art

I’ve written a post all about Glasgow’s Street Art for you (check back on 20th September when it’ll go live) but basically Glasgow was heaven for a street art fan like me. I took so many photos.

The subway is fantastic

I stayed just outside the city centre, just across the road from a subway station. Subway trains were around every 5 minutes and a return to the city centre cost me £3.70 on Friday, £3.10 on Saturday. The subway runs on a loop so if you miss your stop you can either stay on and go back round, or jump off and back on at the next station. So helpful, and I could see myself using it a lot if I lived in Glasgow.

The city has a really relaxed feel

I was in the city from Friday evening and everyone just seemed relaxed and calm, unlike Leeds which can sometimes feel quite rushed and stressed to me. It could be the times I was there, but I definitely felt chilled when I was there-despite my travel stress.

Have you been to Glasgow? What were your first impressions?

Previous:
I Didn’t Like Barry Island…
Next:
But Laura, how DO you travel so much? 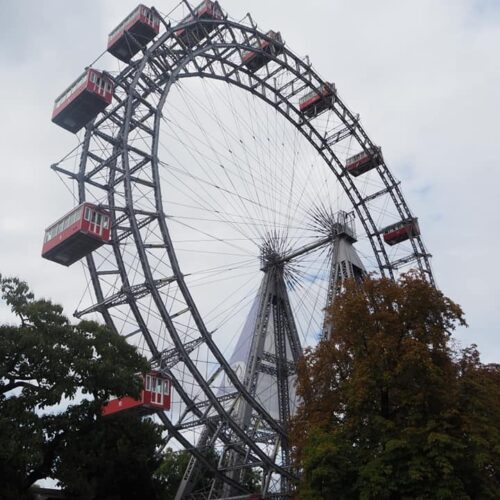